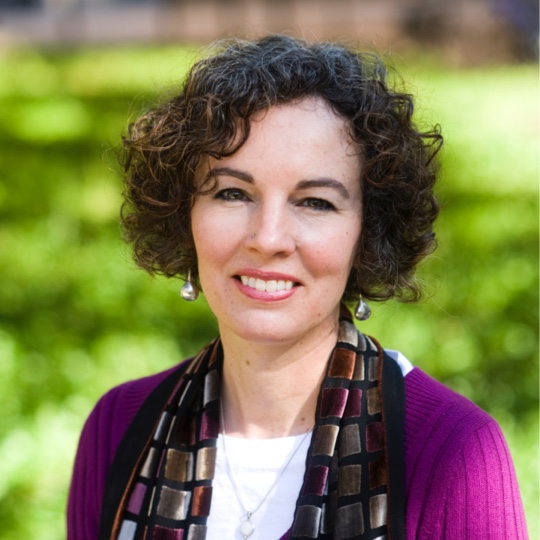 Cara Biasucci is Director of Ethics Education at the Center for Leadership and Ethics at The University of Texas at Austin. She is also Creator and Director of Ethics Unwrapped, an award-winning ethics video series and educational program used around the world by more than a thousand colleges and universities as well as in companies and other organizations.

Ms. Biasucci develops and creates educational content and program initiatives that focus on ethics and leadership. She also writes and consults in the area of ethics education. Her latest book, Behavioral Ethics in Practice: Why We Sometimes Make the Wrong Decisions (Routledge 2021), presents the fundamental principles of behavioral ethics and was co-authored with professor Robert Prentice. Most recently, she wrote about teaching behavioral ethics for the forthcoming book series Teaching Ethics Across the American Educational Experience: Models for Design, Instruction and Assessment of Learning (Littlefield & Rowman, 2022).

Currently, Ms. Biasucci is Strategic Advisor to the Scientific Citizenship Initiative (SCI) at Harvard Medical School where she leads multimedia content development. SCI fosters citizenship in science and aims to equip STEM students with leadership, ethics, and communication skills. She is also on the Executive Board of the National Ethics Project, a multi-institutional initiative that is assessing and evaluating the state of ethics education nationwide at institutes of higher learning.

Before taking a deep dive into the world of academia, Ms. Biasucci spent more than a decade in Washington, D.C. as a freelance filmmaker where she wrote, produced, and directed films and television programs. Her clients included American Public Television, Discovery Times, HGTV, DIY Network, Johns Hopkins Medicine, New England Patriots, and The National Gallery of Art. Her documentary and narrative films garnered awards in film festivals around the world and have been broadcast on television in the U.S. and abroad. She received support for her filmmaking from (among others) The William and Flora Hewlett Foundation, Engender Health, Women in Film, and The Liberace Foundation for the Creative and Performing Arts.