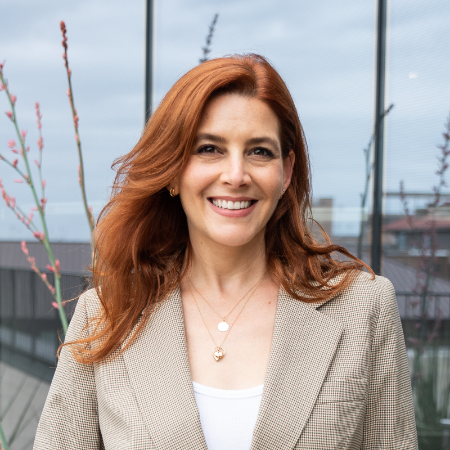 Rebecca Feferman is Founder of The FefCo, where she offers high-level producing and strategy in content, business development, and brand management across the intersection of sports, entertainment, and culture for clients like Spurs Sports & Entertainment, Katie Nolan, and Dave & Busters among others. Rebecca is a Lecturer for UT's McCombs School of Business, currently teaching Entrepreneurship Practicum: Passion Industries, as well as serves on the Advisory Council for the UT Center for Sports Communications & Media at the Moody College, where she spent two years as a Lecturer for the Business of Sports Media course. Running with Beto, the first feature film Rebecca produced, won the Audience Award at SXSW and premiered on HBO in 2019. Prior to starting her company in 2016, Rebecca spent eight years at SXSW, where she navigated multiple roles, creating and running sports-focused track SXsports, and serving as Head of Convergence Programming. Feferman’s tenure at SXSW began in 2008 as Head of Film Media Relations, where she also worked as a Programmer until 2014. Before moving to Austin, Rebecca was a publicist at ID Public Relations in Los Angeles, representing actors John Krasinski, Julia Louis-Dreyfus, and Paul Giamatti, among others. A proud graduate of the University of Michigan, Feferman originally hails from Albuquerque, New Mexico.