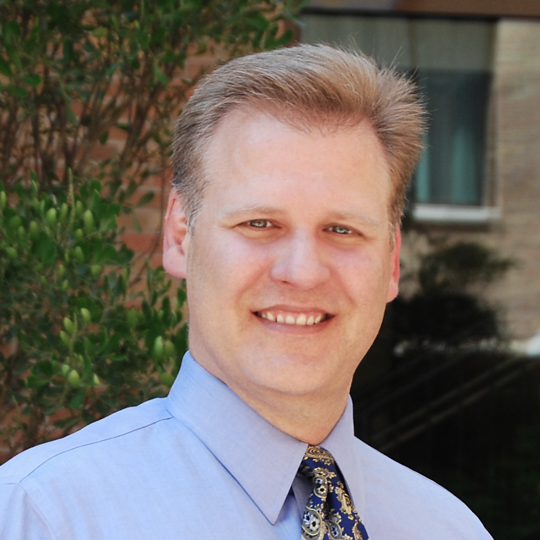 Dr. John Burrows is the director of the Texas Executive MBA program and a faculty member in the management department at the University of Texas. He received his undergraduate degree from Vanderbilt in 1988. Following graduation he moved to Germany to work with Ingenieurb&#252;ro Gl&#246;ckl in Munich as a financial analyst for development projects with the United Nations Industrial Development Organization (UNIDO). He was responsible for projects in Ethiopia (infrastructure), Ghana (food and beverage), China (medical device manufacturing), Mauritania (banking) and the former East Germany (consumer products), among others.

Fascinated by life in East Germany, he took a job with Ernst &Young in Leipzig, Germany soon after the fall of the Berlin wall. He conducted mergers and acquisitions of the former East German conglomerates in the food and beverage, oil and gas, and consumer products industries.

In 1994 he moved back home to Austin and joined Dell Computer Corporation as it became a global corporation. He was responsible for financial systems in Japan, Malaysia, Singapore, Thailand, Australia, Korea and Vietnam.

Since earning his PhD from Tulane University, he has received four teaching awards in the last six years. He currently teaches managing people, negotiation, management consulting at the University of Texas. Dr. Burrows is a speaker at numerous industry and organizational conferences, and his published work in cross-cultural leadership has received accolades from the Academy of Management and the Society for Industrial and Organizational Psychologists.